Now that I am officially done having kids (unless a big surprise happens somehow) I think I can finally share my list of baby names!
I know I’m like most women when it comes to baby names, and I keep a list of my favorites and add to it every time I hear a name that I like.
No matter how long your list is, when it comes time to actually deciding on a name it can be so difficult. It was for me at least. Cash’s name was pretty much decided before I even knew I was pregnant. Logan had the name picked out and I liked it also so we knew our first boy would be named Cash.
When I was pregnant with Sawyer I really liked the name Emery, but throughout my pregnancy I kept hearing people naming their baby that. About a week before she was born I asked Logan if he liked Sawyer better. (It was a name on my list but I thought it was getting popular also. I didn’t know anyone personally that had used the name though.) Logan said he loved the name and so we decided on Sawyer.
When I got pregnant the third time I had my heart set on naming our child Mayer, whether it was a boy or girl. We found out it was a girl and I thought about how people might make fun of her for that name so I had to pick something else. (I still REALLY love the name!) Capri was on my list and I mentioned it to Logan but he hated it. We couldn’t agree on anything. He was suggesting names like Betsy & Jordan…not AT ALL my style haha. He called me one night and said, “her name is Capri.” And I was so happy but wondered what made him change his mind. He said he listened to the song Capri by Colbie Caillet & it made him cry. So of course I went and listened and cried as well. (If you listen to it you’ll probably wanna name your baby girl Capri also haha!!)
So that is where we came up with their names.

I hope they love their names, because I was never fond of mine. (Brittany. I mean, c’mon, mom! Real unique!)

I really like male names for girls, so some names will be on both lists!


Which names are your favorite? 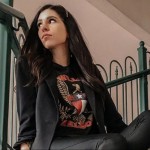